On Saturday, August 23, my brother Jas and I drove from Wauwatosa to Sioux Falls, SD. Jas had driven this stretch of I-90 several times before, since his brother-in-law is a doctor at the Mayo Clinic in Rochester. After Rochester, though, we were both in a place we had never been before.

At a rest stop, we got to see how country singles meet:

Austin, MN is the home of Hormel, the maker of Spam. While passing through, Jas and I stopped at the world’s only Spam Museum: 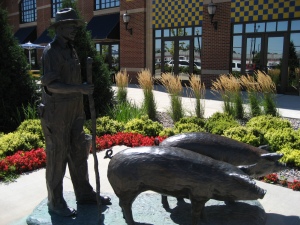 They had a Wall of Spam just inside the entrance:

They also had a Spam Counter, which told us how many cans of Spam had been sold since its introduction in 1937. 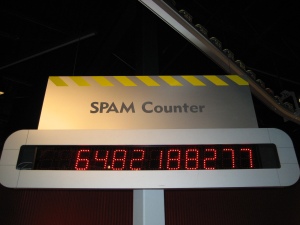 Brett Favre was also there, eating a burger, with a milk mustache, and wearing a Spam jersey that he had signed: 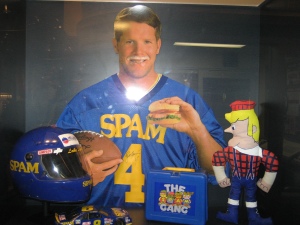 There was also a video screen that repeatedly played the famous Spam sketch from Monty Python.

It ended with a gift shop, as it should. The museum itself was free.

Then we continued driving through southern Minnesota:

And we ended up in Sioux Falls, where we had dinner and stayed with my buddy (and former roommate) Dave from Regent. Oh, and we also went to see the Falls: 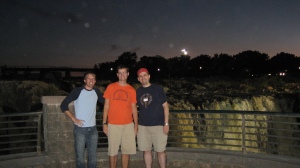