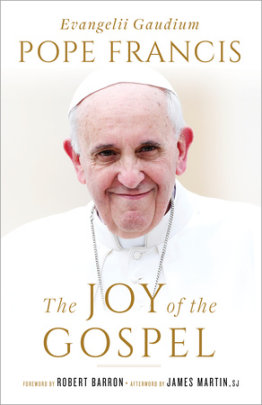 Around this time last year, there was a flurry of media coverage about Pope Francis’s first major writing of his pontificate, the apostolic exhortation Evangelii Gaudium (“The Joy of the Gospel”). While he had previously released an encyclical, Lumen Fidei (“The Light of Faith”), that was largely the work of his predecessor, Benedict XVI. When Evangelii Gaudium released, many saw it as an indication of what was important to this new pope.

Unfortunately, much of the media attention that Evangelii Gaudium garnered tended to focus on the same 16 paragraphs (the ones numbered 52–60 and 202–208) of a 288-paragraph document (I read a nice hardcover version of it, but the entire text is available online here).  Those paragraphs contained Francis’s critique of economic practices that dehumanize both the poor and the rich. Many on the American right hated it, many on the American left loved it, and media watchers told us who got it right and who got it wrong. It was another distressing example of how ideologies distort people’s perceptions of reality. Interestingly enough, Francis saw it coming:

In today’s world of instant communication and occasionally biased media coverage, the message we preach runs a greater risk of being distorted or reduced to some of its secondary aspects. In this way certain issues which are part of the Church’s moral teaching are taken out of the context which gives them their meaning. The biggest problem is when the message we preach then seems identified with those secondary aspects which, important as they are, do not in and of themselves convey the heart of Christ’s message. We need to be realistic and not assume that our audience understands the full background to what we are saying, or is capable of relating what we say to the very heart of the Gospel which gives it meaning, beauty or attractiveness. (34)

So what is Evangelii Gaudium really about? Thankfully, Francis doesn’t keep it a secret:

Here I have chosen to present some guidelines which can encourage and guide the whole Church in a new phase of evangelization, one marked by enthusiasm and vitality. … I have decided, among other themes, to discuss at length the following questions:

a) the reform of the Church in her missionary outreach;
b) the temptations faced by pastoral workers;
c) the Church, understood as the entire People of God which evangelizes;
d) the homily and its preparation;
e) the inclusion of the poor in society;
f) peace and dialogue within society;
g) the spiritual motivations for mission (17)

It is, as the title indicates, about preaching the gospel with joy. The other subjects that are treated in the document (missions, church structure, preaching, and, yes, economics) are all dealt with through that lens. I encourage anyone with an interest in Pope Francis, whether they are Catholic or not, to spend some time with this document. It is simple and straightforward, and often quite devotional. Though I am not a Catholic, I was warmed and encouraged by it.