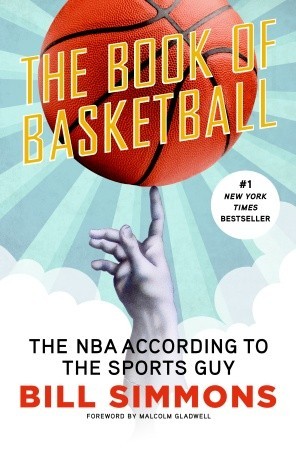 I enjoy reading Bill Simmons’s sports columns. They’re clever, funny, and contain a lot of pop culture references. I’ve been reading them semi-regularly since 2010, a little before he launched the sports and pop culture website Grantland.

After reading The Book of Basketball, Simmons’s 700-plus-page magnum opus on the NBA, I came to an important realization: I enjoy reading Bill Simmons’s columns. The book, while it was entertaining in spots, and contained everything about his writing that I like in smaller doses, just seemed baggy and stretched out by the time I was done.

I enjoyed the first part of the book, where Simmons reminisces about what it was like to grow up in Boston as a Celtics fan in the ’70s and ’80s. I am not a Celtics fan, but it was easy to catch his enthusiasm for that era. As the book went on, though, it boiled down to just two things: hypothetical scenarios (“What if this happened differently?”) and rankings (best players, best teams, best hair, etc.). Some of them are pretty funny, like the various All-Star teams Simmons creates based on traits people have in common: the What If All-Stars, the Looks Better on Paper All-Stars, the Thank God They Didn’t Have HD Back Then All-Stars, the All-Time Bearded All-Stars, the Billy Hoyle All-Stars (named for the Woody Harrelson character in White Men Can’t Jump, for white players who are “deceivingly white”), the What the F— Did He Do to His Hair? All-Stars, the “Crap, It’s Just Not in Me” All-Stars, the Tony La Russa All-Stars (for people whose appearance never changes), the Head Case All-Stars, the Diane Lane All-Stars (for “over-40 celebs who remain smoking hot”), and the Best Porn Name All-Stars. But by the end, I was all ranked and hypothesized out. It is fine to include rankings and hypothetical situations as part of the story you’re trying to tell, but the rankings and hypotheticals should never become the story. That’s what I think happened with this book.

But I did finish it, and that’s a point in its favor. While I could wish that it was written differently (or at least shorter), it was entertaining enough for me to keep going. And writing that is easy to read is hard work. So I give it 3 stars.